You are here: Home1 / Travel research

Here’s our Croatia infographic to highlight some special places in the country – as well as some places that you may not know about. Presenting to you: Croatia What is Where?

More facts from Croatia What Is Where?

Let’s expand on some of the facts shown in the Croatia infographic above to help you learn more about Croatia what is where. 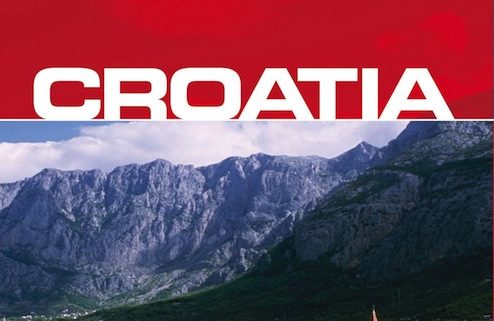 Although visitors to Croatia are now spoilt by the number of guidebooks there are on the country – many of which are now on their fourth or fifth editions – it’s always interesting to be offered something a little extra. The Culture Smart! series of books go this extra mile, offering up information on customs and cultures of many countries around the world. At present count, almost 100 guides exist in the series, on countries as diverse as Belarus to Bolivia, Ghana to Guatemala, and Oman to Trinidad and Tobago. And there’s of course a guide to Croatia, so we delved into it recently to see what Culture Smart! had to say about the country.

The Culture Smart guide to Croatia is a handy little book that doesn’t take long to read from cover to cover – but really does provide plenty of useful information on every day life in Croatia, covering topics such as family, work, education, religion, business and much more. Many times I found myself nodding as I read, thinking “Yup – that’s certainly true!”, with some of the text (intentionally!) also raising a smile or two. I personally found that it put into words more than adequately some of what may be considered slightly touchier subjects – such as differences amongst the generations, or locals’ thoughts on politics, the Homeland War, and the former Yugoslavia. The book is certainly packed with information and covers a good amount of ground on the country and its peoples, customs and traditions. Sure, you wouldn’t get this book as your only guide if you were visiting the country, but it’s a great companion book to help you understand the country a little better. If you’re planning on spending a considerable amount of time in Croatia, or see yourself socialising a fair deal with Croats (perhaps you’re planning an extended stay in the country), then I think this book would be invaluable. But there’s also plenty for short-term visitors to learn – in particular, the sections on eating out and entertainment, health and safety and media and communications. But most of all, the book goes some way to helping understand what Croats are like, and what everyday life is like for them. I’d certainly recommend picking up a copy of Culture Smart! Croatia if you have even just a passing interest in the country and its people. The book is available from Amazon, in paperback and Kindle versions. Culture Smart! Essential Guides are published by Kuperard and you can find all of the Culture Smart titles at www.kuperard.co.uk or via Amazon.

I had to laugh at a very glaring error in a Sunday Mirror travel article on Montenegro – published this past Sunday – that leapt out at me as soon as I read it. On Montenegro, the Mirror states that:

The main draw is the picturesque coastline, made of 72 miles of beaches and dotted with ancient towns… and more than a thousand islands.

More than a thousand islands? Wow, that sounds just like Croatia! In fact, that is Croatia, not Montenegro. And whilst Montenegro does of course have a picturesque coastline, indeed with 72 miles of beaches, one thing it does not have is many islands! Certainly nowhere near Croatia’s (estimated) 1,246 islands…

We would of course encourage people to consider exploring Croatia’s neighbouring country Montenegro (how about a day trip from Dubrovnik – or maybe on a holiday with time in both countries?) but would suggest ignoring the dubious Mirror article (what does Morgan Freeman landing at Dubrovnik Airport have to do with Montenegro?) and reading some better researched text!

Article: Travel: Montenegro, jewel of the Adriatic, has it all (The Mirror, 23rd January 2011) 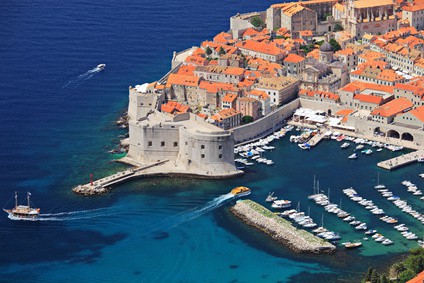 Here’s some news that will definitely interest those who are just about to book a half term holiday or an autumn break and are debating on whether to go overseas or remain in the UK.

Recent research by Travelex.co.uk, the world’s largest foreign exchange specialist, has revealed that holidaying abroad is actually cheaper than staying at home – in particular, a family of four could save over £150 if they spent a week in Croatia instead of a week in Cornwall!

Part of the reason for this is that the Pound currently holds a strong value against the Croatian Kuna (£1 = 7.78 Croatian HRK, as of 15th October 2010), having risen in value throughout the year. In fact, holidaymakers to the Adriatic country will receive 7.38% more for their money now than this time last year.

Dubrovnik – who can resist its charms?

Even travelling to the two destinations in question has costs that are considerably closer than one might think. The cost of return flights for four people to Dubrovnik comes in at £260, whilst return train tickets to Redruth are a none-too-cheap £200.10 – and that includes a special deal that allows children to travel for 5p.

Julian Neal of  Travelex.co.uk says: “Croatia has continued to be great value for money throughout 2010 and with the Pound currently up 7.38% against the Croatian Kuna compared to this time last year, a bargain is in store for families this half term break. With temperatures currently set fair at 22 degrees and with flight times of less than two hours, it’s a dead cert hot spot for imminent October school holidays.”

Travelex.co.uk also offers a free online Travel Rate Tracker to allow travellers to watch exchange rates to make their money go even further. The Tracker monitors selected currencies and can then send an email notification either once the currency has reached a certain threshold or as a reminder – say a week before a trip abroad.

Neal added: “Families looking to get the best value on their currency should make sure to order what they need online at Travelex.co.uk and take advantage of the Travelex Price Promise – if a customer finds a better price offered by another foreign currency retailer (whether or not online), Travelex.co.uk will refund the difference between the price paid by the customer and the more competitive price.”