Zadar’s position at the northern part of Dalmatia make it very suitable for visiting other towns and cities in the region, as well as some of the local islands and National Parks…and those slightly further afield. Here, we’ll take a look at the options for day trips from Zadar. 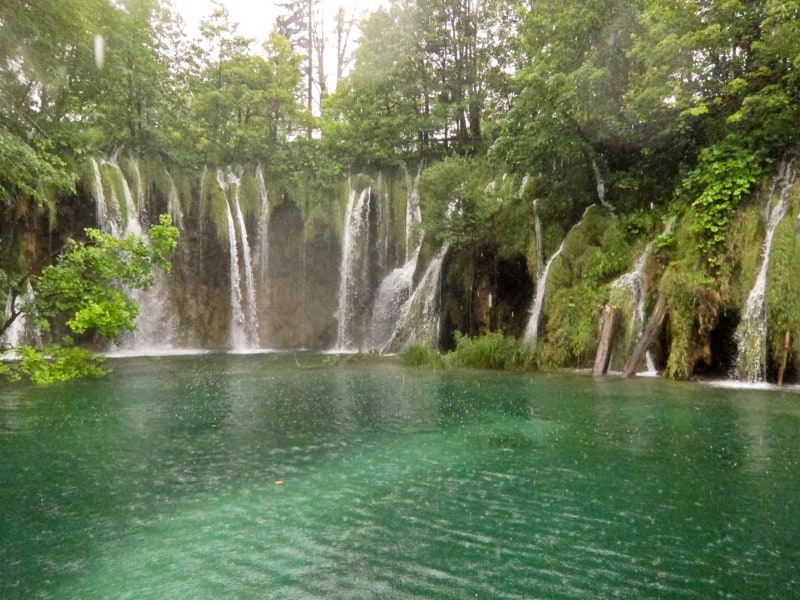 A collection of little waterfalls above one of the lakes

Journey time is around 2 hours each way; check bus times on the Zadar Bus Terminal website. When buying your tickets at Zadar’s Bus Terminal, ask to purchase a return ticket.

For those that would prefer not to travel by public transport, it’s possible to join an organised excursion. Viator have a Plitvice National Park Full-Day Tour which includes a guided tour in the park.

Zadar is ideally situated for visiting another of Croatia’s national parks, the Kornati Islands (pictured below). However, due to the protected (as well as isolated) nature of the islands, they do need to be visited with an organised excursion as there’s no ferries to the islands. 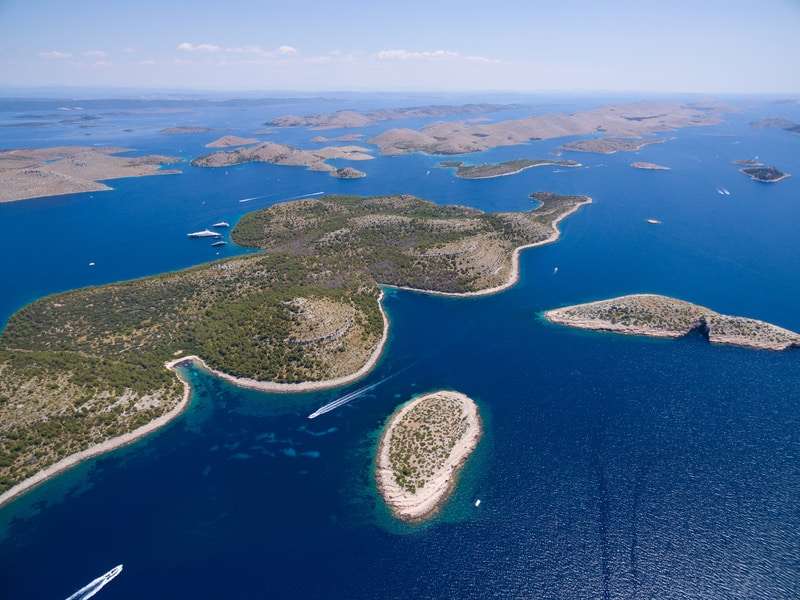 Because they are relatively close to the mainland, it’s easy to simply enquire at a local agency for details; alternatively, you can pre-book a tour with Viator – their Kornati National Park Full-Day Trip from Zadar gives you an opportunity to visit the islands, including visiting a traditional village and time for swimming. You’ll also visit Telascica Nature Park, on Dugi Otok, and its salt lake.

The island of Pag – famous for its lace making, cheese, salt production and nightclubs (what a combination!) is situated just north of Zadar, connected to the mainland by bridge. There are several buses per day to Pag, again making it an easy place to visit on a day trip.

There’s an mid-morning bus from Zadar to both Pag and Novalja (journey time to Pag – 1 hour 20 minutes; to Novalja it’s 1 hour 55 minutes); see the Zadar Bus Terminal website for times. Ask the bus to stop at Kolan (see below) if you want to visit Sirana Gligora. 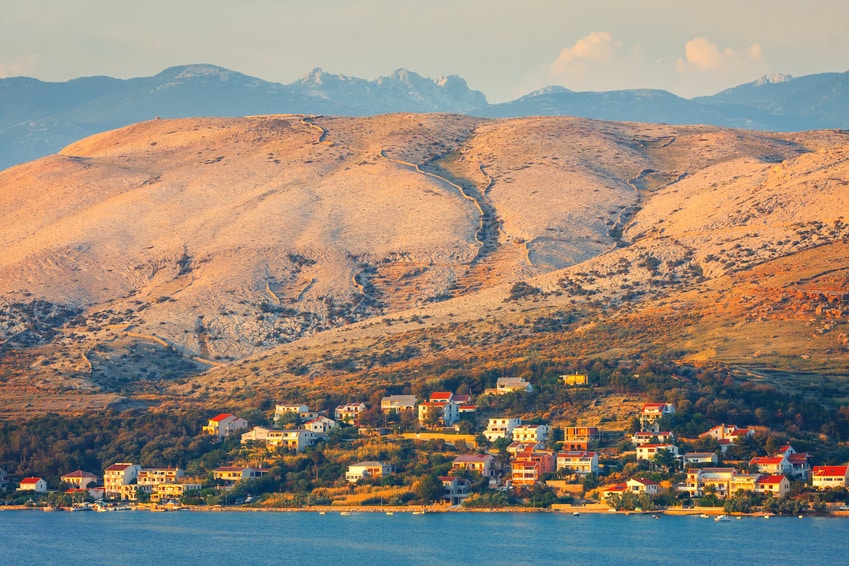 Pag Town has more sights than Novalja, whilst the latter is of course home to some of Croatia’s most famous beach clubs (which operate during the day and at night) on Zrce Beach – which, technically, could be visited by day to relax by the pools with a few drinks.

Kolan, just north of Pag Town, is home to Sirana Gligora which produces some of Croatia’s best known sheep cheese and has won numerous awards for its many products. The dairy runs tours of its premises where you can see production of their cheeses and taste samples of it as well; this would be well worth a trip to the island.

Rounding off the trio of national parks easily reachable from Zadar is Krka National Park. There are direct buses to Skradin, where the entrance of Krka is, which take about an hour. If you find that these bus times aren’t suitable, we would advise travelling to Sibenik first (many buses per day; journey time 1 hour 35 minutes) and then change here for a bus to Skradin. 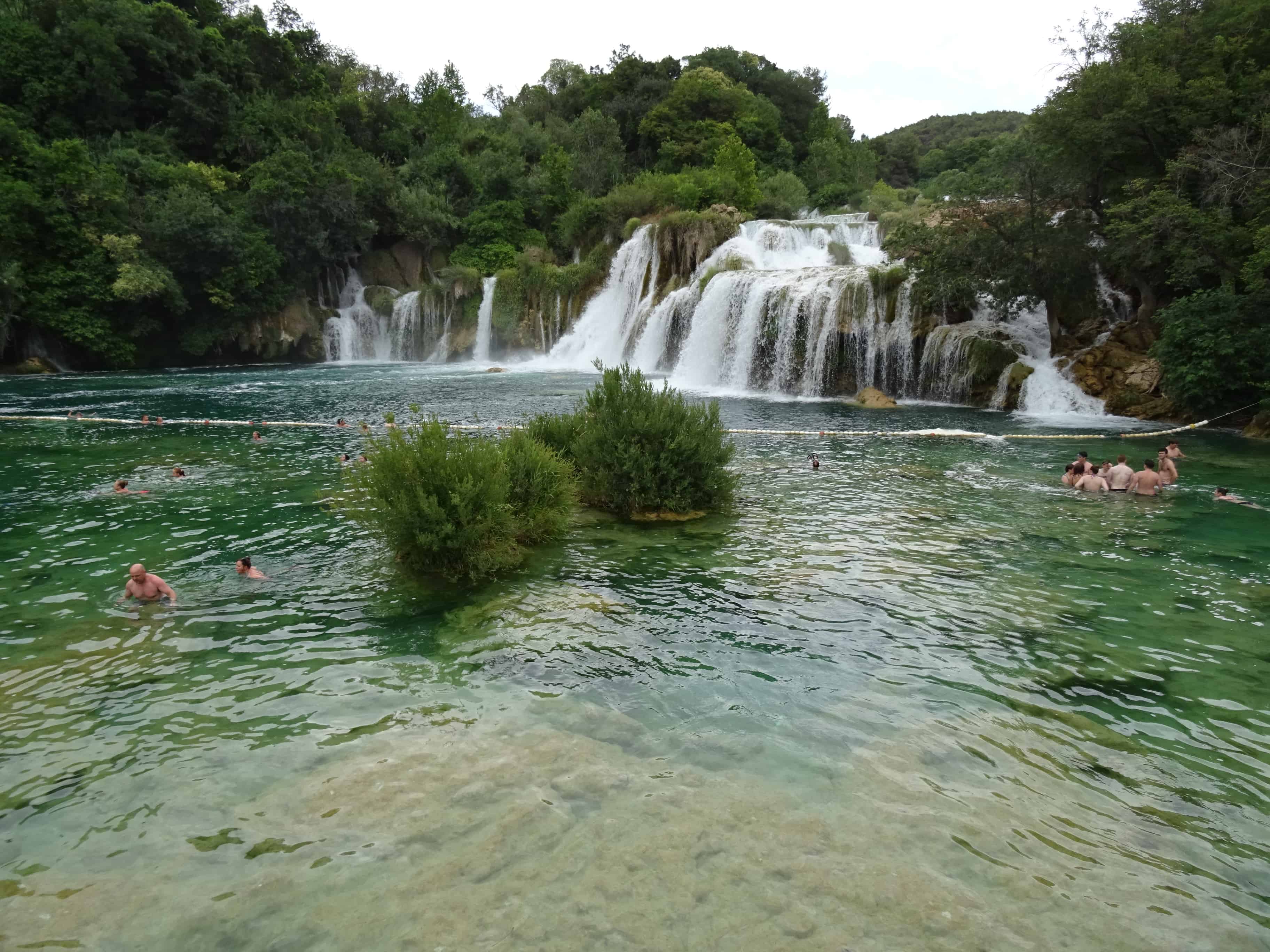 As indicated above, Sibenik is more than suitable as a day trip from Zadar as there are numerous daily buses that run between the two towns, and it’s roughly a 3 hour round trip. Amongst Sibenik’s sights are the Cathedral of St James, which is a UNESCO World Heritage site.

Of the islands facing Zadar, Dugi Otok (Long Island in English) is perhaps one of the nicest – its tranquil nature means its one of the most relaxing to visit, and it is home to Saharun Beach, one of Croatia’s nicest (and off-the-beaten-track) sandy beaches, and Telascica Nature Park. 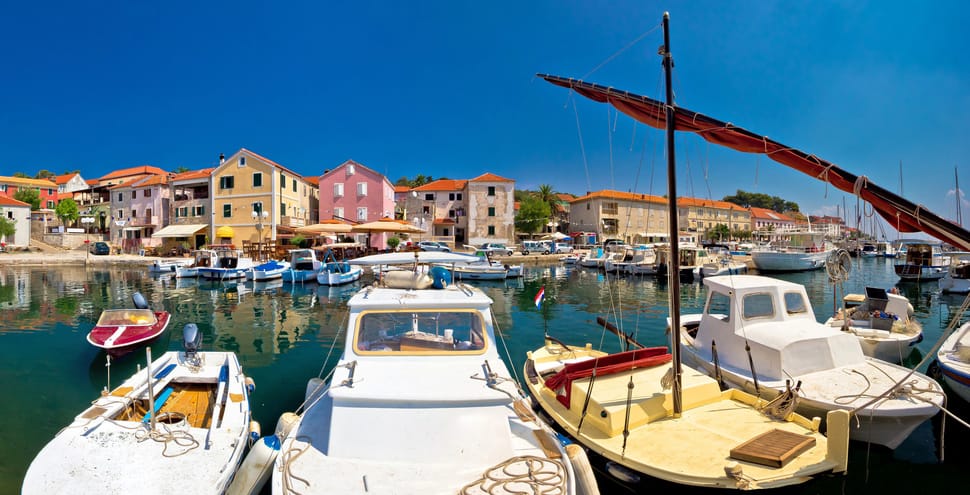 The village of Sali on Dugi Otok

However, it’s a little hard both to get to the island and travel around on it. Although there are Jadrolinija car ferries to Brbinj at times that would get you there and back in a day, transport from Brbinj is limited. If you’re very keen to visit Dugi Otok, perhaps enquire locally in Zadar with regards to renting a car for a day to take onto Dugi Otok. Jadrolinija do also operate catamarans to Rava and Bozava on the island, but these aren’t possible to be utilised for a day trip.

Again, ask locally for organised day trips to Dugi Otok. Or, if you fancy splashing out, how about this Private Saharun Beach Boat Trip which offers swimming, snorkelling and sunbathing!

Other Day Trips from Zadar

If you fancy taking to the ‘seas’, check out this 3-hour Sea Kayak Tour which is a great opportunity to see the sights of Zadar from a difference perspective. Or for something less energetic, what about this Croatia Islands Speedboat Experience where you can choose which local islands to visit?