The Dubrovnik Cable Car attraction in the beautiful Croatian town has already become a very popular tourist attraction, in less than a year of opening – as reported by today’s Slobodna Dalmacija.

This is according to Tripadvisor, where travellers have ranked the cable car as the third best attraction in the town – out of 60 listed for Dubrovnik on the site. This puts the attraction behind the Old Town walls (called the Ancient City Walls on Tripadvisor – not entirely sure I agree with that name!), in first place, and the whole Old Town itself, in second.

Although this incarnation of the cable car opened in July last year following a €5 million renovation, the cable car was already a popular attraction back in the day. The first version was opened to tourists in 1969, ferrying up to 2 and a half million visitors per year until it was destroyed during the war in Croatia in 1991.

The cable car takes passengers on a 778 metre journey from Dubrovnik to Mount Srd – which is 405 metres high – where they can enjoy a fantastic view of the Old Town below, out to sea and of the nearby islands. There is a restaurant at the top for those wishing to kick back and relax whilst enjoying the view. The Museum of the Croatian War of Independence is also located there.

Open year-round, the cable car departs every half hour – though departures can increase in frequency (even every ten minutes) at busy times. Each cabin can hold 30 passengers.

Travellers on Tripadvisor rightfully comment on the wonderful views, and the quick journey time (around 4 minutes) to the top when praising the attraction. Let’s hope the reviews keep rolling in!

Dubrovnik to Split…and back! Updated for 2020 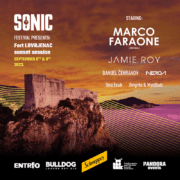