Travelling from Rimini to Croatia

Gomo Viaggi have services to Rovinj, Losinj, Rab and Novalja on Pag from Cesenatico and Pesaro. These routes run from June to early September.

However, to give you more choice, we’d still suggest travelling from elsewhere in Italy – namely, Venice or Trieste, or Ancona or Bari – if trying to reach Croatia. 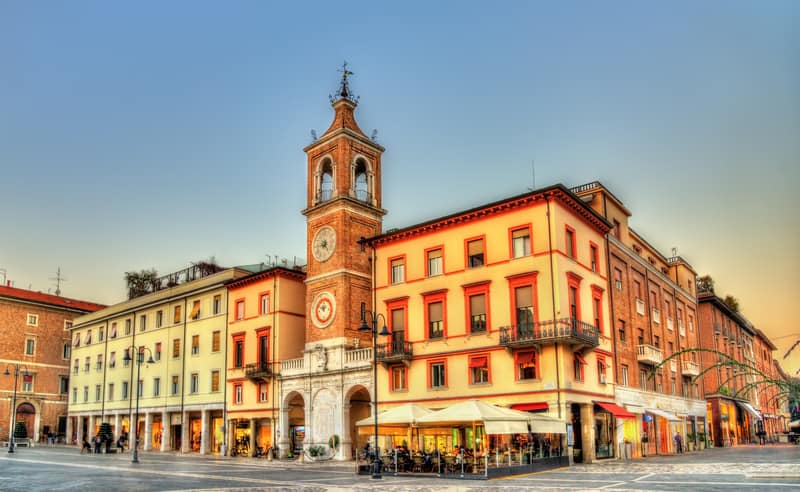 We would suggest that it is probably better to fly to Venice or Trieste airports rather than Rimini if you wish to go to Istria or Kvarner, or to Ancona airport if you want to reach Dalmatia. Bus routes from Venice or Trieste and ferry routes from Ancona are more frequent (and year-round), so will provide you with more choices when trying to reach Croatia. There are also catamaran services from Venice to towns in Istria during summer.

Flights from the UK to Rimini and Bologna