Travelling from Ancona to Croatia

Flying to Ancona is perhaps one of the best options for reaching Croatia as it’s very easy to travel from Ancona to Croatia – there are daily ferry/catamaran services to Split run by a couple of operators during summer, and there are even regular services in off-season. There is also a ferry service from Ancona to Zadar that operates from May to the end of September. During the summer months, there are also ferry services to Stari Grad on the island of Hvar. 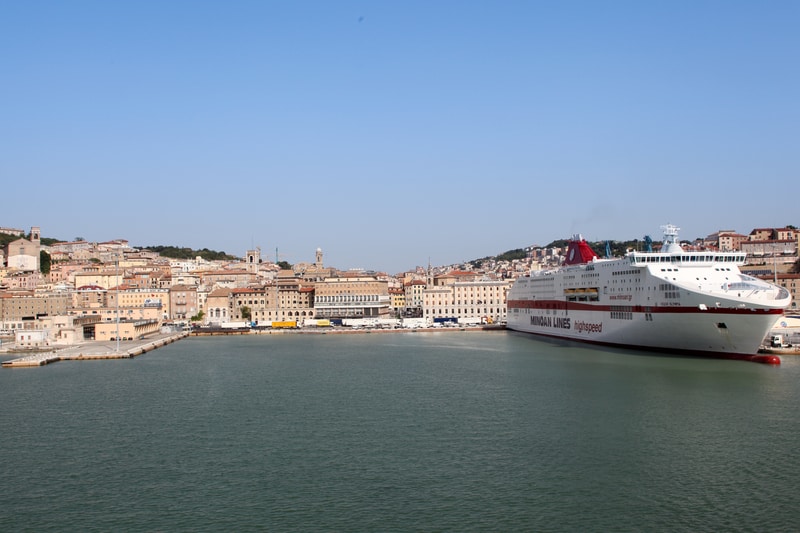 The port in Ancona

Even if there are no direct ferry routes to your final destination from Ancona, there are many local ferry routes from Split. It is therefore advisable to take a ferry to here and then take a connecting one. If you’re planning on reaching somewhere else on the Croatian mainland, there are also very good bus connections from Split as well, as well as some train services.

Travelling from Ancona to Split by Ferry

Jadrolinija operates a service on this route year-round, although there’s fewer ferries in pre- and post-season and fewer still during the winter months. Journey time is 10 hours.

Travelling from Ancona to Hvar by Ferry

During summer, some of the above-mentioned sailings with Jadrolinija and SNAV travel from Ancona to Split travel via Stari Grad on the island of Hvar. Check the schedules shown on both companies’ website to see which days their ferries dock at Stari Grad.

Travelling from Ancona to Zadar by Ferry

Jadrolinija operates this route several times a week from early June to end of September, with a higher frequency of ferries during summer.

Flights from the UK to Ancona