Although the summer holiday crowds have gone home, many travellers come to Croatia to visit this month. That’s no surprise – there’s a lot to be said for visiting the country in late summer/early Autumn. But what’s it like visiting Croatia in September?

Getting to Croatia in September

Travellers shouldn’t have any problems in reaching Croatia in September – most airlines that operate flights from the UK and the rest of Europe continue their summer schedules well into September, if not into October too. (Some even to early November!) Take a look at our Flights to Croatia from the UK & Ireland to see the full operating dates of all routes from these two countries to Croatia.

Getting around Croatia in September

Likewise, most transport options – with buses and ferries being those that travellers will most likely use when visiting Croatia – still continue with high season or special ‘summer’ schedules in this month too. For example, Jadrolinija – the largest ferry operator in Croatia – continues its high season schedule until the end of September. Kapetan Luka – operator of the very popular catamaran service that travels from Split to Brac, Hvar, Korcula, Mljet and Dubrovnik (and return too, of course!) still continues to operate this service daily in September. (Note: it changes to being a three-times a week service in October.)

Some seasonal bus routes may have stopped operating at the end of August, although most of these of are of the kind that take (domestic) holidaymakers from inland Croatia to the coast. Check out our Bus Travel in Croatia section for help in planning bus routes.

Accommodation in Croatia in September

Not to sound like a broken record…but since absolute peak season is now over, accommodation should be slightly cheaper in Croatia in September. But seeing as it’s still a busy month, it’s not the time for bargains! Check out our Accommodation in Croatia section if you need some help with planning and booking where to stay.

Weather in September in Croatia

This is a big one – what’s the weather like during the ninth month of the year? Well, traditionally, summer temperatures and conditions normally do stretch out well into September if not beyond. This is one reason that many choose September as the month to visit Croatia – especially as the summer holidaymakers have gone. Sea temperatures will also be warm, given waters have been heating up for a number of months!

Southern and Central Europe was undergoing something of a heatwave in early September, with temperatures reaching into the 30s Celsius. However, mid-20s C is a more normal temperature for this time of year – and it looks like this sort of weather has returned to Croatia and will stay.

The Croatian Meteorological Service website is a great website to check out weather forecasts (although I’m sure you already have your own favourite weather website or app!) – but do be sure to take a look at their current sea temperatures page.

What’s on in Croatia in September

Korcula is the location of the 4th Korkyra Baroque Festival, 5th to 12th September.

The 20th Split Film Festival – an international festival of new film – will be taking place in Croatia’s second city from the 12th to 19th September.

The 9th Giostra Festival will take place in Porec, 9th to 11th September 2015. Over the three days of the event, around 250 participants celebrate costumes, culture and events from the 18th century.

If you’re in Istria towards the end of the month, look out for the Parenzana Bike Race (25th – 27th September), a World Cycling Federation event. Or if you’re feeling active, join in on the recreational ‘race’ on the Sunday!

The Food Film Festival will be held in Zagreb from 11th to 20th September, combining two wonderful items – food and film! Films with a gastronomic focus will be shown. Also in Zagreb is the 48th International Puppet Festival (14th – 19th September) and music and food event RujanFest (literally, ‘SeptemberFest’) from 11th to 20th of the month.

Nightlife and festivals in September in Croatia

Outlook Festival, held in Fort Punta Christo near Pula from the 2nd to 6th September concludes the festival season for Croatia for the year…so if you planned to attend one of these gatherings, you’ve kind of missed the boat!

Most of the island clubs (such as in Novalja) also normally close for the season at the end of August. But if clubbing’s your kind of thing, we’d advise sticking to one of the larger cities or towns in the country – such as Zagreb, Split and Dubrovnik.

Enjoy your September visit to Croatia! 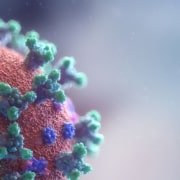 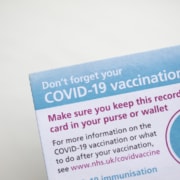 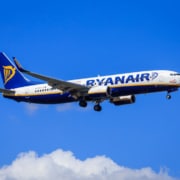