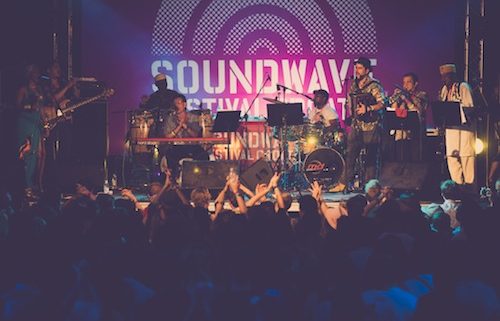 This year’s Soundwave Festival – which is already in its seventh year – recently revealed the latest acts to be appearing at the event in Tisno this August. This builds on plenty of exciting news about new elements of the festival, as well as the announcement of the ‘Run to the Sun’ tours that will be held in Europe in the week leading up to the festival.

Names such as Detroit hip-hop group Slum Village; British producer and DJ Mr Scruff; one of the UK’s finest voices, Andreya Triana; and 6 Music’s Craig Charles, who’ll be playing the best in funk and soul, have all recently been added to the line-up of this year’s Soundwave Festival. That’s in addition to acts such as Alice Russell & Fatima; LTJ Bukem and DJ Marky; Channel One Soundsystem; Alexander Nut; and Mala that are already on the bill.

This year’s Soundwave also has a number of exciting additional elements to it – including an art programme and film scrennings. Street artists, mural artists and illustrators from across Croatia and the rest of Europe will be on hand to transform the walls of apartments and buildings in the festival site, turning them into living and evolving pieces of art. Point273 from independent art collective BestJoinedUp and Sri McKinnon (an affiliate of The Institute of Contemporary Arts and the The Hayward and Tate Britain Galleries) are two of the artists that will be working their magic during the run of Soundwave.

The festival will also be home to an open air cinema that will show a programme of independent and Croatian cinema over the five days. This means there’s absolutely plenty to do day and night at this year’s Soundwave, besides enjoying the main line-up of acts, the club nights at the legendary open-air Barbarellas Discotheque, the boat parties, beaches and all the usual fun!

And just in case you’re after something a little ‘kitsch ‘n’ Croatian’ – the annual and long-running Tisno International Donkey Racing Championships take place in town on the same weekend as Soundwave. Why not pop along and cheer along the entries at this global competition?!

Even more than that, in the week leading up to the Festival the five route ‘Run to the Sun’ party tours will take place. They follow five specific routes in Europe… all ending at the festival itself, of course. The routes include:

The parties are a great way of fully getting into the Soundwave mood; what better way of cranking up the festival spirit than by starting your holiday early and tracing a party route down to Croatia? Full details of the events taking place on each day of each route can be found at www.soundwavecroatia.com/travel-accommodation/the-run-to-the-sun.

Soundwave also takes slightly later this year – in early August – which means the summer holidays will have well and truly started by then. That’s great news for revellers you and old!

Tickets for Soundwave Festival 2015 cost £125/€165 (sorry – early bird tickets have sold out!); you can also buy group tickets (5 tickets for the price of four) or packages that include entry and accommodation. See the festival’s tickets page for full details: www.soundwavecroatia.com.

There’s a range of accommodation available – from camping to apartments to airstream trailers, Shikar tents and wooden yachts – with something for all tastes and budgets. And Soundwave’s incredibly easy  to get to as well, as Tisno is located roughly halfway between Zadar and Split which are both linked to the UK and the rest of Europe with a whole heap of flights.

What have others said about Soundwave?

“One of the highlights of the Festival season” FACT
“A beach party with incredible music” GRAZIA
“Soundwave is rapidly emerging as one of the finest boutique festivals that Europe has to offer.” CLASH
“One of Europe’s biggest parties.” DAZED & CONFUSED
“More than just a festival, Soundwave is a great way to go and experience a beautiful part of the world. ” STYLIST
“One of Europe’s hottest festivals.” GQ
“You will not want to miss this extended weekend of hedonism’ TIME OUT

Do also check out our guide to Soundwave for more info on reaching the festival. 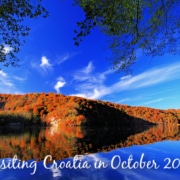 Save on car hire in Croatia with Holiday Autos!
Scroll to top