Travelling from Italy to Croatia – Rome, Milan, Pisa and other cities

If you’re travelling from Italy to Croatia via one of the other cities not mentioned so far in this section – such as Rome, Milan or Pisa – heres’s our guide for the best way of doing this. 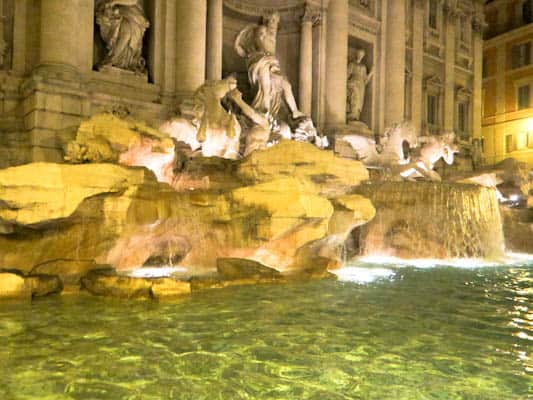 The majority of the other Italian cities, such as Trieste, Venice and Ancona, that feature in this section are both connected with direct flights from the UK and located on the Adriatic coast (or very close to it) making it relatively easy to make your way to Croatia – which is why we’ve specifically featured them in this guide. However, some of you may find yourselves elsewhere in Italy, wanting to make your way across to Croatia. (We certainly get a number of emails to that effect.)

Undoubtedly, the quickest way of reaching Croatia from, say, Rome or Milan would be to fly. However, the majority of flights only operate during the summer months, and flying may be costly – depending on how far in advance you book. See the list of airlines offerings flights from Italy to Croatia below.

Otherwise, if you’re in central or southern Italy, we would recommend making your way to either Bari or Ancona on the eastern coast of Italy, and then taking ferries (Ancona – Split ferries run year-round) across to Dalmatia.

Although this ultimately depends on your travel plans in Croatia, we would normally advise making use of the (fast) trains on the Italian side of the Adriatic to travel up or down the coast and to then sail across to Croatia, rather than sailing first to Croatia and then travelling along the coast by bus. (There are very few useful train services along the coast in Croatia.)

If you’re in northern Italy, take a train to Trieste and then make your way to Croatia by bus or train.

Alternatively, if you’re heading to Istria, you can also travel to Venice (by train) and then take a fast catamaran across to various Istrian destinations with Venezia Lines (during summer months).

Otherwise, take a look at the list of flights below!

Flights from Italy to Croatia

From Rome to Croatia

From Milan to Croatia

From Venice to Croatia

From Bologna to Croatia

From Florence to Croatia

From Naples to Croatia

Buses from Italy to Croatia

There is a daily bus service from Florence that travels via Bologna, Padua and Trieste to Zagreb (via Ljubljana and on to Belgrade and Sofia!) – it is run by Florentia Bus.

Alternatively, there are also bus services from Venice and Trieste – please see details on these special pages.