You are here: Home1 / Competitions 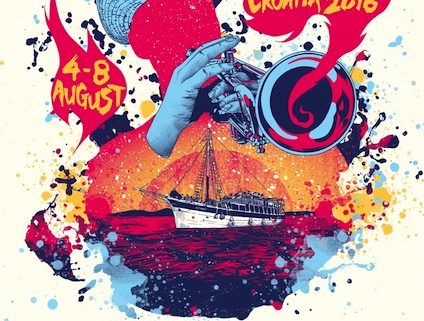 The competition is now closed and the winner has been notified. Many thanks to everyone for entering!

The eighth edition of Soundwave (4th – 8th August 2016) returns to the wonderful location of The Garden Tisno with a fantastic line-up – and here’s your chance to win tickets to Soundwave, plus tickets to a boat party and entry to the legendary on-site nightclub, Barbarella’s!

Known for the eclectic range of acts on its bill, Soundwave brings together a mix of broken beat, reggae, afro, acid jazz, hip-hop, soul, funk, drum and bass and more to the Adriatic coast – but also sets itself aside from some of the other festivals in the region with a more edifying and spiritually enriching experience for festival-goers.

Soundwave is held at The Garden Tisno – and anyone who’s been there before can attest that it’s one of the most idyllic places in the world for a festival! With beautifully clear waters, a private sandy beach and endless hours of sunshine by day and star-lit skies by night, nature really plays its part. And with the incredible water-side beach bar, stages built around their surroundings (including the Olive Grove stage, nestled under a canopy of trees) and the open-air night-club Barbarella’s, you’ll have an amazing time practically any time, day or night.

The headline act at this year’s Soundwave is Pharoahe Monch, formerly a member of New York City duo Organized Konfusion. Having developed a reputation as one of underground hip-hop’s preeminent lyricists, Pharoahe Monch is also an incisive political and social commentator, using hip-hop as a platform for political engagement. Calibre will also be headlining; with his distinctive sound that takes on elements of jazz, funk, dub and techno, Calibre is responsible for some of the most beautiful and sublime tracks in drum and bass.

But that’s just the start of things when it comes to the line-up! Digital Mystikz’s Mala will be returning, as will funk and soul DJ and one of 6 Music’s lead presenters, Craig Charles. Fatima & The Eglo Band will be performing live, and Gentleman’s Dub Club will also bring their energetic and exhilarating live show to Tisno. Channel One Sound System will also be at Soundwave – they’ve been regulars at the Notting Hill Carnival for over 30 years and are the UK’s most prominent and respected reggae crew; the Red Bull Culture Clash winners will bring their ground-shaking bass to the festival.

The Riot Jazz Brass Band will swoop in with their peace-lovin’ aggro jazz, hip-hop samples, funked-up favourites and re-interpreted dubstep too, dropping drum and bass and dancefloor bangers that always have everyone dancing. Romare blends Afrocentric beats and global inspirations, as encapsulated in his brilliant Projections album. The incredible voice of Harleighblu – one of the UK’s brightest new names – will enchant the Soundwave crowds. Italian producer C. Crisci’s Clap! Clap! project samples African tribes, bands and singers, creating tribal rhythms through drum machines and synths. And BAFTA and MOBO award winning artist Akala is a rapper with heart, soul and steel, a historian who brings a touch of lyrical grace and edge to Soundwave.

If all of the above is whetting your appetite, here’s a wonderful opportunity to win a pair of tickets to this year’s Soundwave Festival. And that’s not all – included as part of the prize will be two tickets to the boat party of your choice, plus entry for two to Barbarella’s every night of the festival!

To be in with a chance of winning, simply answer this question:

What is the name of the festival site in Tisno, Croatia, where Soundwave takes place?

a) The Field
b) The Park
c) The Garden

To enter, email us on webmaster@visit-croatia.co.uk with the answer, as well as your name and country of residence.

Only one entry per person. The competition will close at 12pm (midday) on Friday, 27th May 2016. The winner will be notified by email soon after this date.

If you’re not lucky enough to win tickets to this year’s awesome Soundwave, you can snap up a festival pass at www.soundwavecroatia.com for £125 for 5 days (club and boat parties extra).

Or if you’ve already snapped up tickets and want to know more about getting to Soundwave, check our our guide to the festival.

Update: The competition is now closed! Thanks very much to all those who entered. We will be in touch with the winners very soon!

Here’s an exciting bit of news for all keen festival goers…a competition to win festival tickets and boat party tickets to one of the most popular festivals in Croatia, Stop Making Sense!

Held in Tisno from the 16th to 19th July 2015, Stop Making Sense brings together all the elements that make up a perfect festival – an idyllic setting; a top-notch line-up; lush beaches and the twinkling Adriatic sea; a chilled, family-friendly vibe; and the opportunity to party under the sun by day and under the stars at night.

This year’s event will see headliners Skream, Jackmaster, Anja Schneider, Martyn, Nick Höppner, Sebo K and Anthony Naples all perform, with other acts such as Jasper James, Miss Jools, Tessellate, Twinkat Soul and Mullen also on the bill…and there’s still many more names to be announced. (Watch this space!) 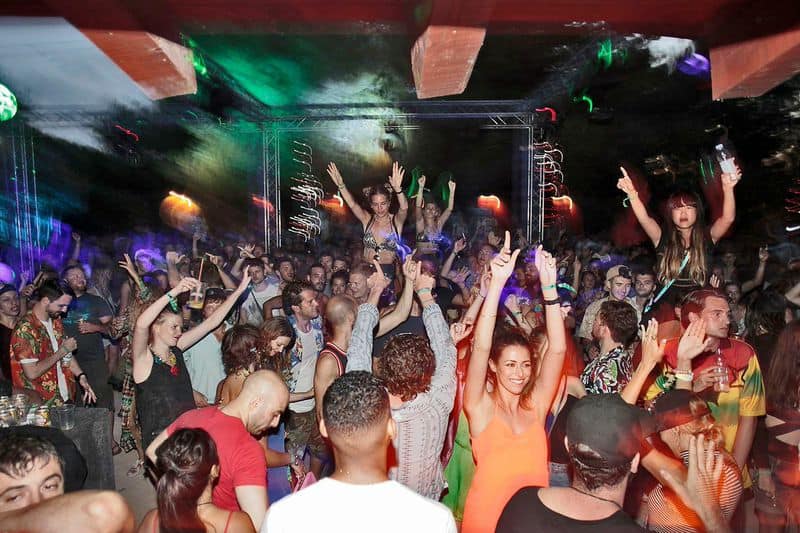 A big part of any Croatian festival are the boat parties – and Stop Making Sense is no exception! Their legendary boat parties will set sail twice a day and will be hosted by a variety of crews and artists. And don’t forget the Beach Bar for day time amusement and the famous Barabarella’s Discotheque for partying away until the early hours – there’s absolutely plenty to fun practically round the clock at Stop Making Sense!

Two lucky winners will each win a pair of festival tickets and a pair of boat party tickets – so start thinking about which of your lucky friends will be joining you if you win!

It couldn’t be simpler to enter the competition – just email webmaster@visit-croatia.co.uk with your name, country of residence and the answer to this question:

Where is Stop Making Sense held?

a) Tisno
b) Split
c) Zagreb

1. The competition is open to those resident in Europe only.
2. Only one entry allowed per person.
3. There will be two winners to the competition – each winner will receive a pair of festival tickets and a pair of boat party tickets.
4. The competition will run until 12pm (GMT), 11th April 2015. Winners will be notified by email shortly after the closing date.