Blog - Latest News
You are here: Home1 / Blog2 / How Croatia’s campsites have fared this year for visitors 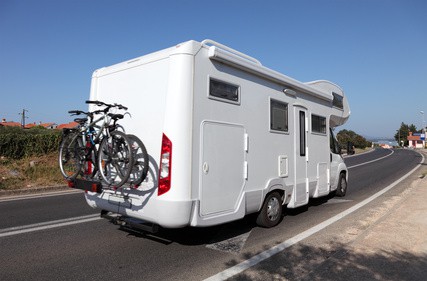 Today’s Vjesnik featured an article on this year’s visitor numbers at Croatian  campsites. Much has been made of the fact that Croatia has had a good tourist year in 2011, with a healthy rise in both the number of visitors and the number of nights stayed (with promising number levels arriving in pre- and post-season), although recent news has suggested that campsites haven’t fared quite as well. In particular, signs point to the fact that campsites are still receiving the vast majority of their visitors right at the peak of season, particularly during the month of August. Nevertheless, let’s take a more detailed look at the number of visitors Croatian campsites have received this year.

Figures from the Croatian Camping Union show that, up until the end of August, two million tourists arrived at the country’s campsites, staying for 13.4 million nights in total – up 750,000 nights on last year. This means that there was 5.5% more arrivals and 5.9% more nights stayed on the same period in 2010. Some of the largest increases in visitors numbers were registered by campsites in the Croatian interior, indicating promising future growth for such sites.

80% of the nights stayed at Croatian campsites were by visitors from just five countries – Germany, Slovenia, The Netherlands, Italy and Austria. Domestic visitors, on the other hand, clearly aren’t ones for holidaying at campsites – during January to August this year, only around 50,000 stayed in camps, staying 391,000 nights in total. Although the number of Croatian campers did rise from 2010, they still make up a very small percentage of the total visitors – and, in fact, the number of nights they stayed this year was just 3% of the total.

Taking a look over a longer-term period – from 2009 to 2011 – there was an increase in the number of and nights stayed by visitors of each of the countries of Germany, Slovenia, Austria, Poland, Belgium, Switzerland and the UK. However, there was a fall in the number of nights stayed annually by camp holidaymakers from the Netherlands (down 4%), Italy (1%), Denmark (3%) and France (2%).

The best performing campsites in Croatia – some even seeing visitor growth of over 10% – were those of best quality in the facilities that they offer (therefore being the most expensive to stay at!) whilst those that haven’t been as heavily invested in have had problems encouraging visitors to their sites.

If you fancy staying on a campsite in Croatia during your holiday, do take a look at the excellent website of the Croatian Camping Union. They offer details of nearly 300 campsites in Croatia (the majority of those in the country are situated on the coast) with something for all sorts of budgets. Don’t forget that many sites have very good facilities – swimming pools, sports areas, facilities for children – so can be a great alternative to a hotel.

Visitor numbers for the first half of 2011 revealed

Days of Croatian Tourism comes to a close – and the award winners are...

New air route for 2012 – Newcastle to Dubrovnik!
Scroll to top