The eighth edition of the celebrated Brac Film Festival will be hosted in the lovely Supetar on the island next week, from 10th to 13th August 2022. With a programme richer than ever, the festival will show a variety of screenings at the outdoor summer cinema in town, from feature-length films to shorts, as well as a good selection of kids’ films. Brac Film Festival will offer a wonderful cinematic experience on one of Croatia’s most beautiful islands!

Short films will proceed the main feature each day, starting at 9.30pm. These short films have been produced by students of local film academies, and the Brac Film Festival gives them an excellent opportunity to screen their works. 2022’s festival will see shorts such as “Pištolji i kacige” (“Gunz and Helmets“), “Kriza” (“Crisis”), “Džonika” and “Sound Mixer” shown.

The opening evening of the festival will see the screening of the film “Divljaci” (“Savages“), directed by Dario Lonjak. This action comedy tells the story of three Croatian football fans who accidentally end up in a terrorist camp!

The second evening the outstanding “Strahinja Banović” (titled “As Far As I Can Walk” in English), directed by Stefan Arsenijević, will be screened.

On the third night “Zbornica” (“The Staffroom“), by Sonja Tarokić, will be shown; this film has been declared “one of the best Croatian films in recent times” by critics.

The sports drama “Zlatni dječak” (“Golden Boy“) is the main feature screening on the final night of the festival. Directed by Ognjen Janković, the film tells the story of a 20-year-old promising soccer player who, upon entering the professional world, finds it increasingly difficult to reconcile his private life with the demands of sport at the very top.

Children’s films will be screened at the festival every day at 9pm. Aimed at kids aged 6 and upwards, both Croatian and foreign films will be shown – these include “Ljeto kada sam naučila letjeti” (“The Summer I Learned to Fly“) which tells the tale of 12-year-old Sofija who enjoys an adventure she couldn’t have dreamed of during her summer holiday on Hvar.

The other kids’ films that will be shown are “Comedy Queen”, “Nelly Rapp: Monster Agent”, “Even Mice Go To Heaven” and the well-known “The Egg“.

Full details on the festival can be found on the official website – bracfilmfestival.hr/en.

Tickets for all film screenings can be purchased at the box office on the Riva in Supetar. Tickets start being sold from 8th August. 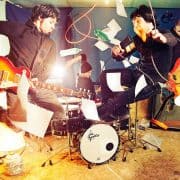 Zagreb’s Museum of Broken Relationships comes to the Tristan Bates Theatre in London!