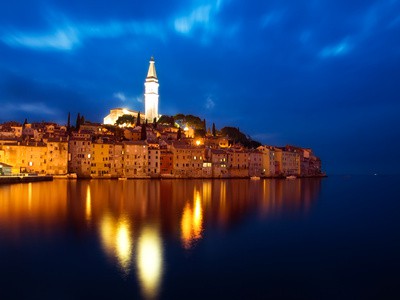 Another month ends, another set of tourism stats come out! Recently released statistics on numbers of tourists to Croatia for the first seven months of the year have hit the Croatian newspapers over the last few days, revealing some rather healthy increases over 2010.

Overall, from January to July 2011, half a million more tourists holidayed in Croatia than in the same period in the previous year. For the month of July alone, 3 million tourists visited the country, which is up 4.8% on the same month in 2010. Of this amount, 2.7 million were foreign tourists – an increase of 5% – meaning that 255,000 of these tourists were domestic, also an increase on July last year of 0.6%.

Tourists stayed for 19.8 million nights this July, which is up by 3% on the previous July. As to be expected, the majority of these were by foreign tourists – 17.5 million, up 3% – whilst 2.2 million nights were by domestic tourists, up 4%.

Despite the many delights of Croatia’s coast, Zagreb in fact achieved the highest increase in visitor numbers, with 10% more this July than last year. This can surely be attributed to the fact that Zagreb – whilst not quite as popular – is clearly gaining ground on Croatia’s Adriatic towns, cities and resorts.

After Zagreb county, Split-Dalmatia posted an increase in visitors of 7.8%, followed by Zadar county (7%), Lika-Senj – home to the Plitvice Lakes National Park (6.3%), Dubrovnik-Neretva (5.7%), Istria (3.4%), Primorje Gorski-Kotar county (2.5%) and Sibenik-Knin county (1.3%). However, of these, Istria recorded the greatest number of visitors and overnight stays during July – 775,000 visitors and 5.8 million nights.

For the first seven months of 2011, Croatia received 6.2 million tourists in total, up 8% on 2010, with these tourists staying for 33 million. For January to July, Split-Dalmatia county received the biggest increase in visitors, with 10.7% more tourists, followed by Lika-Senj (10.3%), then Zagreb (10%) and the county of Zadar (9%). Istria once again was top for visitor numbers and nights stayed – 1.7 million and 10.6 million respectively. 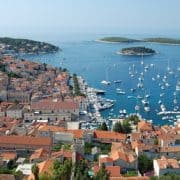 Split a popular destination in July
Scroll to top