If you’re looking for something a little different from your holiday to Croatia this summer how about…an ultimate frisbee tournament?! A game without referees, age or gender restrictions, the Spinning Paradise tournament will take place on the Croatian islands of Rab and Hvar this summer. And the tournament organisers are inviting you to take part! 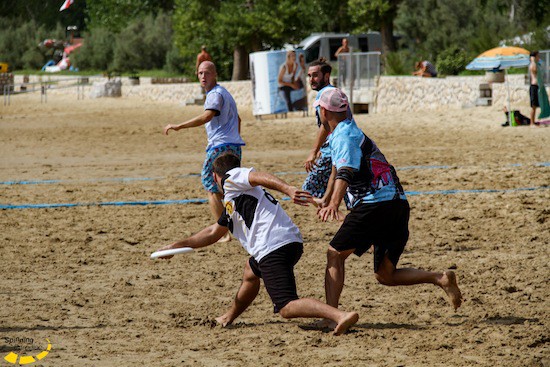 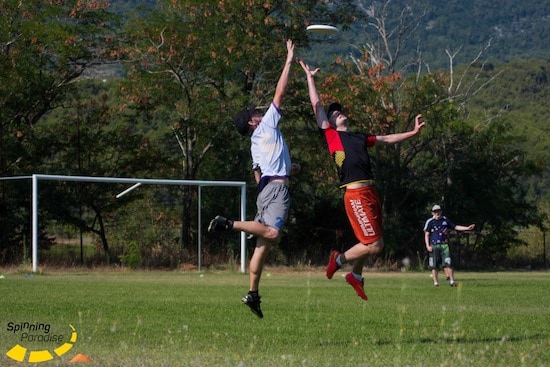 But why should you take part this Ultimate Frisbee tournament? Open to all levels – whether you’ve plenty of experience or are a complete novice, Spinning Paradise isn’t just about the game. What makes it unique is the atmosphere and the importance of social events too! That’s what Croatian national team member and tournament organizer Vinko Anzulovic says, who is Hvar-born. He also proudly points out that Hvar is often mentioned as one of the top tourist destinations in the world, and with one game in the morning and one in the evening, there’s also plenty of ‘downtime’ for participants to explore the gorgeous island. This year, Spinning Paradise Hvar will also offer slackline workshops, Playstation tournaments and excursions; there’s plenty to do besides play ultimate frisbee!

Teams will be drawn from a hat which means this is a great opportunity to make friends from all around the world. And in case any of you complete beginners are nervous about taking part, there will even be the Coca-Cola training camp (offered for the third year) that’s run by highly experienced British coach Sion ‘Brummie’ Scone. 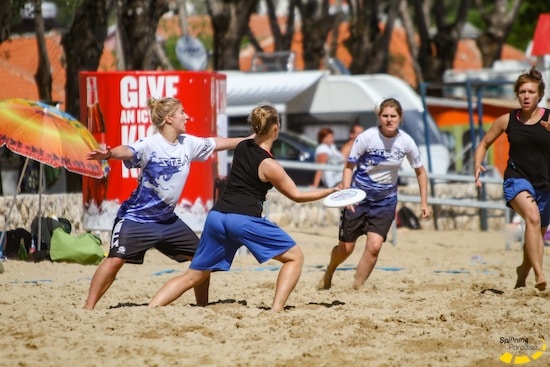 Spinning Paradise Rab will take place on the sandy beach of Lopar on the island, often described in the media as one of the best sandy beaches in the country. (Remember, sandy beaches are few and far between in Croatia!) This tournament will also see workshops and other activities take place alongside the main sporting event.

Ultimate frisbee is a sport that was first established in the U.S. in the 1960s, and is growing in popularity in Croatia as well. There are currently seven Ultimate Frisbee clubs in Croatia, in Zagreb, Rijeka and Zadar. If played on grass there’s seven players on each of the two teams; played on sand it’s five. Teams represent a complete mix of ages and have both men and women competing. Each game ends with a group hug which is part of Ultimate Frisbee’s core ‘Spirit of the Game’ principle and one of the foundations of the sport. 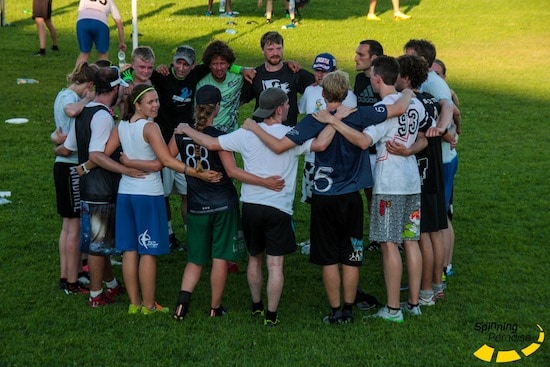 It’s the fastest growing sport in the U.S. and one that’s recognised by the International Olympic Committee; Croatia has recently participated in both the European and World Championships.

Sign up now to take part in Spinning Paradise

To compete in the tournament in Croatia, head over to spinning-paradise.com for an application form. You’ll also find plenty more on the tournament there too, as well as on the Facebook page. Don’t wait too long to sign up as there’s not many spaces left!

Tournament organizers Vinko Anzulovic and Sanela Vucelic are aiming to introduce this fun and fascinating sport to a wider audience. They’re also trying to spread the important ‘Spirit of the Game’ principle – something that’s often missing from many other sports these days.

Sign up now for this amazingly fun way to spend your summer in Croatia!

The three-day Days of Croatian Tourism (Dani hrvatskog turizma) conference, the traditional annual gathering of tourism professionals from both Croatia and abroad, came to close on the evening of Friday 21st October. Held in Sibenik this year, the event was organised by the Ministry of Tourism, the Croatian National Tourist Board, the Croatian Chamber of Commerce and Croatian Radio Television (HRT) and was intended to act as a forum for discussion of this year’s tourism results and to also look ahead to next year’s plans.

The culmination of the event saw a number of awards given out for the best tourist resorts and destinations in Croatia, both on the coast and in the interior, as well as awards given out in specific categories (such as best tourist information centre, souvenir, and site of interest) and to employees in the industry. (Some of these awards – in particular destinations that placed second and third in the Plavi and Zeleni Cvijet categories mentioned below – were in fact announced in a separate ceremony on Thursday night.)

The biggest winner on the night, awarded the “Tourist Flower – Quality for Croatia” prize presented by Prime Minister Jadranka Kosor, was the town of Rab. Other coastal destinations that were winners of the “Plavi Cvijet” (“Blue Flower”) awards were Opatija (in the category of over 10,000 inhabitants); Krk (3,000 – 10,000 inhabitants), Nin, which is near Zadar (1,000 – 3,000 inhabitants); and Mlini, near Dubrovnik (less than 1,000).

Interior destinations received the “Zeleni Cvijet” (“Green Flower”) award, and these went to Velika Gorica, just south of Zagreb; Djakovo, near Osijek; Nasice, also near Osijek; and Groznjan, in the Istrian interior. (These four towns are winners of the same categories according to number of residents as mentioned above.)