You are here: Home1 / Ferries in Croatia2 / 2018 Pula to Zadar Catamaran Timetable

For those of you planning your travels to Croatia this year, here’s the 2018 Pula to Zadar catamaran timetable.

A popular route, connecting the northern Croatian coastline with it’s midpoint (more or less!), this is the only direct connection from Istria to Dalmatia by sea. The catamaran also stops at the islands of Unije, Susak, Losinj, Ilovik and Silba en route. 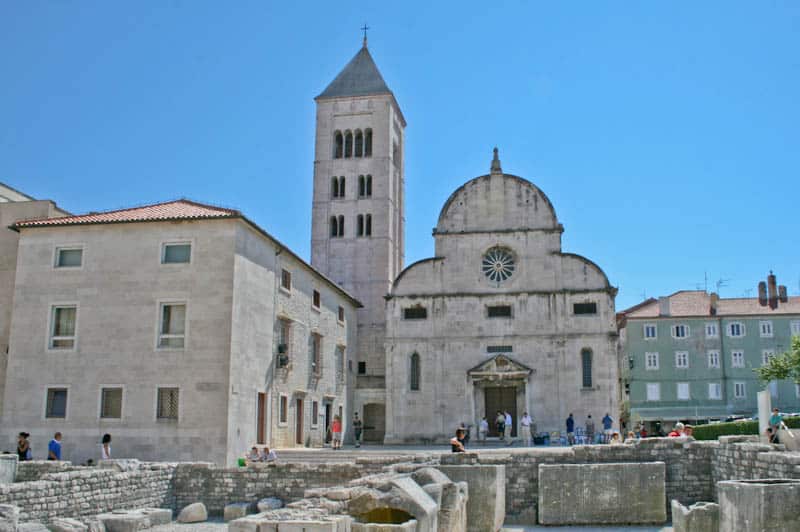 This line was re-introduced last year and run by Jadrolinija, the main ferry company in Croatia which runs many ferry and catamaran routes. However, as of 1st January 2018, the line is now being run by Split-based company Catamaran Line. The use their catamaran named ‘Bisovo’ for this route, which can carry 325 passengers.

Something that’s very useful to many travellers – this catamaran runs year-round, as can be seen from the different timetables below. The full timetable can also be found here.

In off season, the catamaran only sails on Friday (in both directions).

During low season, the catamaran sails twice a week – on Wednesdays and Saturdays.

The price list for all legs of the journey are shown here. But here are prices (per person, one-way) for some of the most popular routes:

(Note: for the avoidance of doubt, the price is the same for e.g. Pula to Mali Losinj as it is for Mali Losinj to Pula!)

Tickets can be bought locally at any of the ports the catamaran calls at. Tickets can also be bought online on the Catamaran Line website – click on ‘Online prodaja’ (‘online sales’) from the top menu.