Travelling from Treviso to Croatia

Treviso is a suitable airport to fly to if you’re intending to reach Croatia, due to its proximity to the border and because Ryanair operate daily, year-round flights from London Stansted, East Midlands and Edinburgh to Treviso Airport (which is called Venice Treviso Airport). They also fly from other cities in the UK and Ireland during the summer. Travelling from Treviso to Croatia, however, does require travelling via either Venice or Trieste. 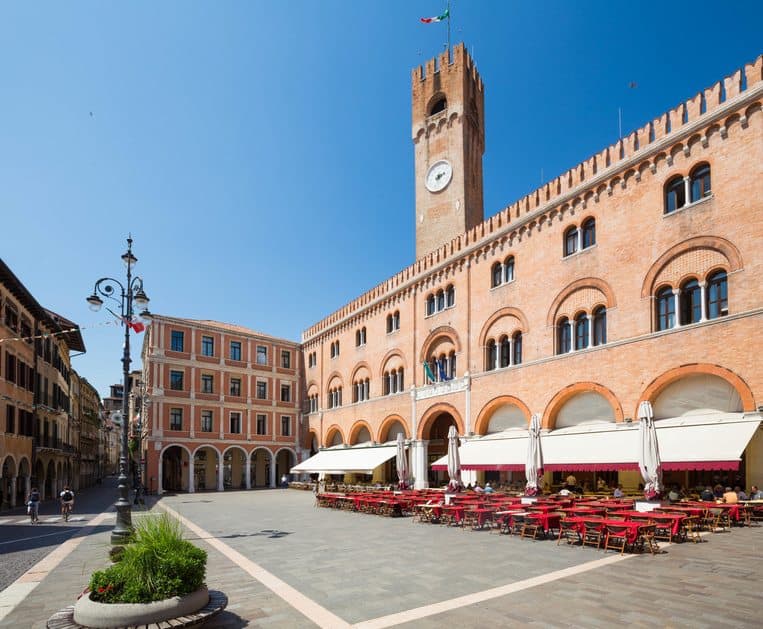 The best option in travelling from Treviso to Croatia would be to first take one of the numerous trains from Treviso station to Trieste. From Trieste, there are then numerous bus services to Croatia. (There are regular, local buses from the airport to Treviso town centre which will take you close to the train station.)

Alternatively, you can also get a bus from the airport to Venice, which takes 45 minutes and is timed to coincide with Ryanair flights. From Venice, you can travel on to Istria either by catamaran or by bus.

Flights from the UK to Venice Treviso

Treviso is a very sweet, picturesque town (much like a mini-Venice, owing to its canals), and is a lovely place to stay in for a few days. It is also perfectly located for travelling to nearby Venice or Verona for a day’s sightseeing. Venice is only about 20 minutes away by train, and by staying in Treviso you get away from the general hustle and bustle and the crowds. (And, as anyone that’s been to Venice before will tell you, as wonderful as it is, it really does get very crowded!)