The Elafiti islands are an archipelago situated close to – and slightly northwest of – Dubrovnik. There’s actually six islands in the archipelago, not including any small islets, although the three main ones to visit and stay on are Kolocep, Lopud and Sipan. 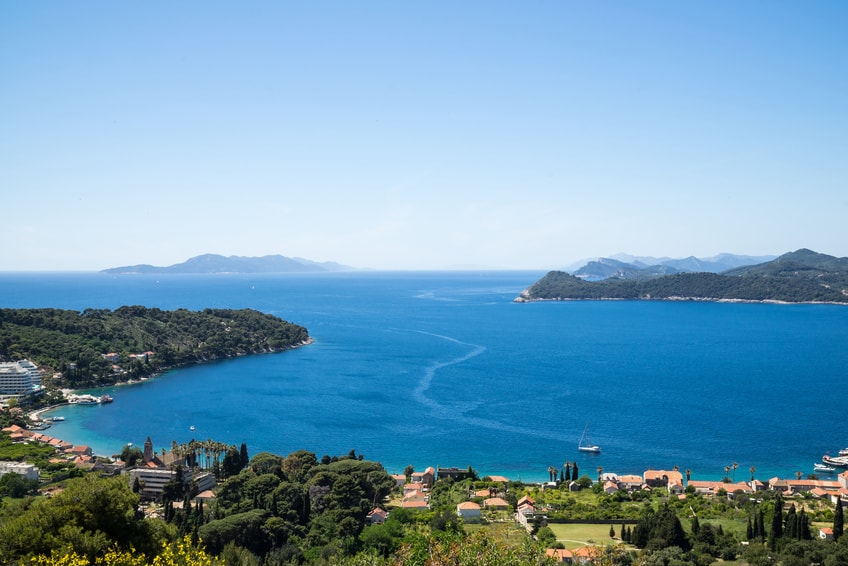 To give you an idea of just how small and quiet they are – in total, the three main islands have a population of less than 1,000 people. (Sipan has around 450 people, Kolocep around 300 and Lopud just over 200.)

They’re easily reach by public ferry – Jadrolinija have a daily ferry service that travels to each of the islands in turn. G & V Line also operate a catamaran service from Dubrovnik to the island of Sipan.

Alternatively, you can also join an organised tour if you’d like to see the trio of main islands in the Elafiti group. Enquire at a local agency whilst in Dubrovnik – many companies offer this particular day trip. Alternatively, tour specialists Viator offer two 9-hour trips:

Both tours take you to Kolocep, Lopud and Sipan and allow you some time on each island, including a while to enjoy some swimming and sunbathing.

History of the Elafiti islands

The islands get their name from the Greek word elafos, meaning deer; in ancient times the islands were apparently home to a large deer population. The islands are particularly famous as the most skilful mariners came from here. Given their strategic importance due to their location out to sea in front of Dubrovnik, you can perhaps imagine why.

The Elafiti islands came under the control of the Republic of Dubrovnik from 1272. During this time, they were governed by a Rector whose base was split between Lopud and Sipan. In 1571, the islands were attacked by the Turks, after which all defences on the islands were strengthened.

Read on in our individual guides to each of the islands:

More on the Elafiti Islands

Do check out this gallery of Photos of the Elafiti Islands by one of our readers – it is stunning!