Blog - Latest News
You are here: Home1 / Blog2 / Visitor nationalities in Croatia this year – and where they visi...

The very healthy tourists numbers reported for Croatia for September and the first nine months of the year as a whole – as detailed in our previous post, Tourist numbers in Croatia up again in September – have also uncovered promising rises in the number of tourists from certain countries and the number of visitors for specific regions in Croatia itself.

September saw 1,274,460 visitors arrive in Croatia, up 15% on the same month in 2010. Of those, 105,484 were Slovenian (who, traditionally, always post healthy visitor numbers to Croatia), which is a rather impressive leap of 54% on September last year. Other nationalities that posted strong rises in their numbers during September were those from Austria (15% more), the Czech Republic (12% more) and Belgium (23%).

There were also 19% more Italian visitors, 14% more Hungarian visitors, and 10% more visitors from both Germany and Poland. Although there were “only” 3,554 visitors from China, this was in fact a rise of 68% over September 2010 which points to this country as an emerging nation that would choose Croatia for a holiday.

Of the 10,438,260 tourists that visited the Adriatic counties and the city of Zagreb in the first nine months of the year, 1,097,072 were domestic tourists – up 4% on last year – whilst the remaining 9,341,188 are of course foreign visitors, up 8% on the same period in 2010. All of the Adriatic counties in Croatia posted positive growth in visitor numbers this year, with Istria the best performer (9% more tourist arrivals), then the Kvarner region (7%) and then four Dalmatian counties, Zadar, Sibenik-Knin, Split-Dalmatian and Dubrovnik-Neretva collectively posting an increase of 6%.

Visitor numbers from the “top five” nations – Germany, Austria, Slovenia, the Czech Republic and Italy – remained strong for this year as well, although there was a drop in visitors from Denmark (by 5%), Ireland (by 4%) and, understandably, from Japan (by 13%). 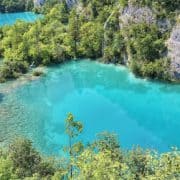 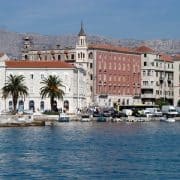 Days of Croatian Tourism comes to a close – and the award winners are...
Scroll to top