Tonight (28th January 2011) sees a very interesting cultural event take place in cities all over Croatia. Museum Night 2011 sees a number of museums in the country throw open their doors in the evening, between the hours of 6pm to 1am, and invite in visitors for free.

In total, 130 venues such as museums (41 of these), galleries and other venues (schools, libraries and tourist boards) in 60 towns and cities in Croatia will be partipating in the night. As well as showcasing their usual collections, many will also be putting on special events such as live music, film screenings and workshops. Slobodna Dalmacija writes that the Narona Archeological Museum in Vid, near Metkovic will be putting on a Roman pottery-making workshop, whilst our forum friend Martin Mayhew writes that the Peek & Poke Museum in Rijeka is well worth a visit.

A full listing of which museums are participating and the events that they are holding can be found on the Croatian Museum Association website. (In Croatian only, unfortunately!) More info can also be found on Museum Night’s Facebook page.

Last year’s event attracted almost 300,000 visitors, which is about a twelfth of the entire population of the Croatia! Clearly a very popular event, the most visited museum was the Museum of Contemporary Art in Zagreb.

If you’re in Croatia tomorrow, it’s well worth popping along to your local museum and joining in the fun! 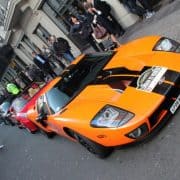 Montenegro is just like Croatia…except it’s not!10.6m tourists in Croatia in 2010
Scroll to top