The People of Split

You are here: Home / Croatia Destinations / Split / The People of Split

The Croatian name for the inhabitants of Split is the Splicani. They are well known for the gregarious nature, love of singing, good food & drink and particularly for their devotion to sport. The local soccer team, Hajduk (which translates as “the bandit”) is one of the best supported teams in the country. They play in the Poljud Stadium, which the Rough Guide to European Soccer once declared as “the stadium with the best atmosphere in Europe”.

A number of well-known Croats come from Split. Former Croatian soccer stars Slaven Bilic and Igor Stimac, who have both played in the English Premiership in the past (and who both once managed the Croatian national football team – with varying degrees of success!), are Splicani. The 2001 Wimbledon Champion, Goran Ivanisevic, is Split-born and lives there when not travelling, whilst another former Croatian tennis star, Mario Ancic, is also from Split. In basketball, former NBA stars Toni Kukoc (Chicago Bulls) and Dino Radja (Boston Celtics) also hail from here.

Historically, poet Marko Marulic was born in Split – his most famous work, the poem Judita, was published in 1501.

And finally, and there is no dispute about this: the most beautiful girls in Croatia come from Split. (Sorry, Zagreb!)

The game of picigin

One thing that you might come across the people of Split enjoying is the traditional game of picign.

Most commonly played on Bacvice beach in Split (in the shallow water of the sea) it is a game involving a small ball, of about 5-10cm in diameter. Each game usually involves five players – of any age and gender! – and the objective is to keep the ball in the air for as long as possible, by passing it around the players. 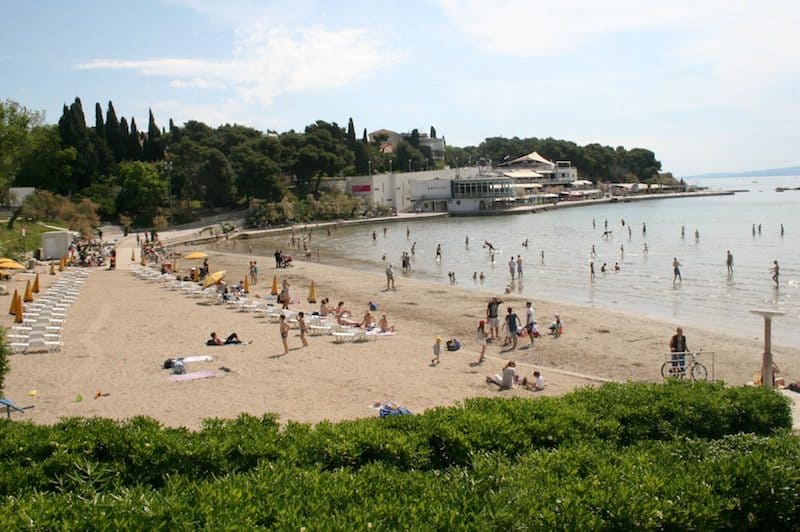 As you can use any part of your body to keep the ball in the air, you’ll often see some rather dramatic dives by players!

A game of picigin doesn’t involve point scoring or a winner or losers, and so is a relaxed, informal – and very popular – sport.