The Brijuni islands are a collection of fourteen islands and islets in Istria off the northern part of the Croatian coast. For a part of the country which has fewer (larger) islands compared to other places – particularly Dalmatia – the Brijuni islands are well worth a visit, and their proximity to the mainland means they are easy to reach (especially as there’s a frequent boat service). All of the islands together also comprise one of Croatia’s eight wonderful national parks. 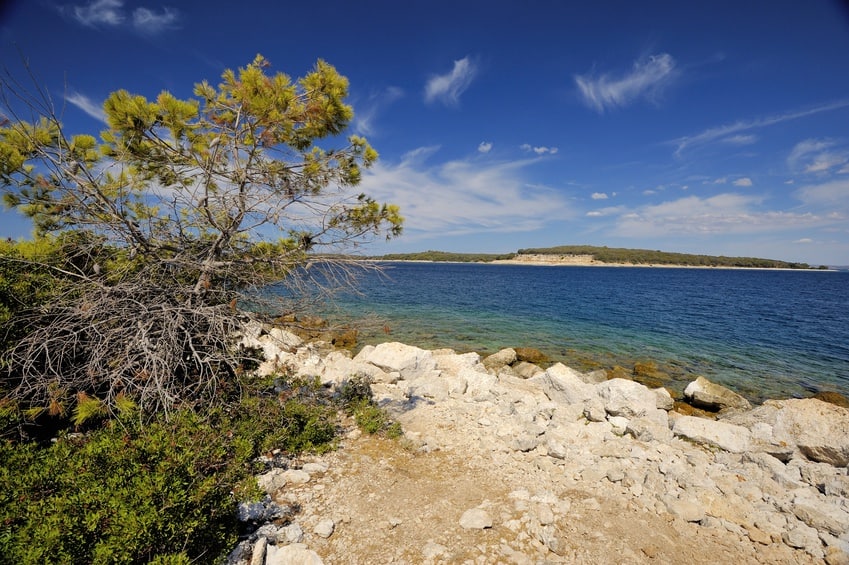 More on the Brijuni islands:

Introduction to the Brijuni Islands

The largest islands in the group are Veliki (Large) Brijun which is 1,700 acres in size (5.6 square km) and Mali (Small) Brijun; the boat service runs to the former but ask locally for excursions to the latter. (You will most likely not be able to visit any of the other islands in the group.) Veliki Brijun has its own accommodation, so it is possible to stay longer than just a few hours’ day trip.

The Brijuni islands are also famous for being home to the Ulysses Theatre which was co-founded by Croatian actor Rade Serbedzija (who has starred in some of the Harry Potter films; Batman Begins and Mission Impossible II amongst many other Croatian and U.S. movies). The theatre has a special run of productions each summer.

The islands also have a fascinating history (and some unusual sights in the present day, as a result!) as they were used as the private residence of Yugoslavia’s President Tito.

What to see on the Brijuni Islands

If you’re not staying on the island of Veliki Brijun (or even if you are) the best way of taking in most of the island’s sights is by joining one of the guided tours. A “tourist train” (i.e. a little motorised train – the kind you find at theme parks) will guide you round Veliki Brijun, in particular taking in the safari park and its animals (including zebra, llamas and an elephant), many of which are on the island as they were given as gifts to President Tito.

Other things to see as part of the guided tour include Roman villa remains (from the 1st/2nd centuries BC).

Accommodation on the Brijuni Islands

There are presently two hotels on the island of Veli Brijun, the Hotel Neptun-Istra and the Hotel Karmen. There are also 5 villas (both 4- and 3-star) that can sleep 4-8 people. See accommodation details on the Brijuni National Park website.

Other facilities on the Brijuni Islands

There are a number of restaurants located on Veliki Brijun, including restaurants in the two hotels on the island. Whether you’re just visiting on a day trip or staying for a few days, you’ll have a number of dining options!

Further information on the Brijuni Islands