Blog - Latest News
You are here: Home1 / Blog2 / Croatia in a music video!

I can only assume that Croatia has well and truly made it as a “hot” destination…seeing as a British boyband recently filmed the music video for their latest single in the country!

The video of Heart Vacancy, the latest song by The Wanted (no, I’ve barely heard of them either) was filmed in a “mystery” location in Croatia last month. I say “mystery” as I can’t actually find any details of the precise location of where it was filmed, but it certainly looks to be somewhere in Istria. I think the location serves its purpose very well as a backdrop to lots of dramatic slow-motion walking (it is a ballad) and an amusing plotline featuring an open air cinema.

See for yourself below:

There’s also a making-of video here: https://www.youtube.com/watch?v=PlD3VcAyQw0. I appreciate that this blog isn’t supposed to be Smash Hits or anything (gosh, does that even exist?) but it’s amusing in its own right as the band members experience a small part of Croatia – including popping to a supermarket (which seemed to have some very shy staff) for some local ice creams and meeting some local fans. And yes, one of them (Siva) is right – his name does mean “grey” in Croatian. 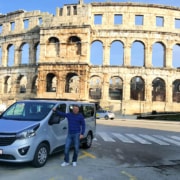 Get to know Istria Tours and their tours of the region…and Croatia! 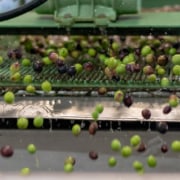 A week in Croatia cheaper than a week in Cornwall!
Scroll to top